Spring Baseline at the Arboretum

Mary Isabelle in March. The plant in foreground is celandine poppy- she'll be surrounded by their yellow blossoms come April

We went to the arboretum today to witness the early spring wildflowers before the hastening of growth overtakes the first delicate spring blooms with bolder forms and colors. Not much growth was visible yet, the result, perhaps, of the first long and cold winter we have had in awhile. There’s lots going on underground, though, and I did document a few places where I always look, to get a baseline picture for comparison later, and a few plants I recognized before the blossoms. We’ll return many times over the course of spring, summer, and fall, I hope, to watch the changes. We saw a BLACK squirrel, too, that was a first. 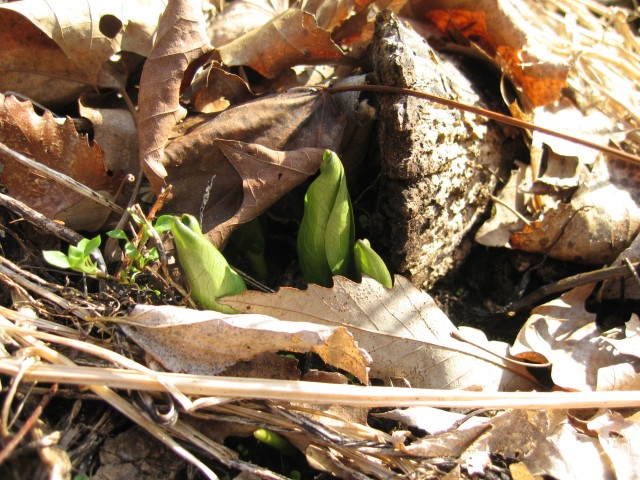 Trillium sessile (aka Wake robin), of the family liliaceae. Blooms in April. 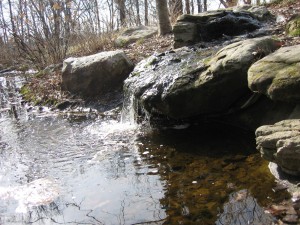 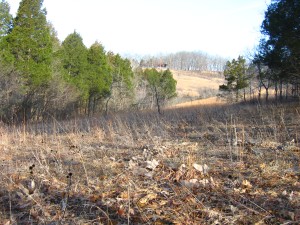 Anemone americana (aka liverleaf, hepatica), of the family Ranunculaceae or crowfoot. 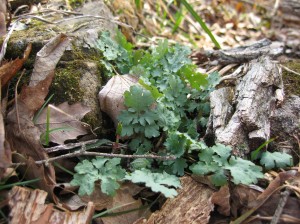 Stylophorum diphyllum (aka celandine poppy), of the family Papaveraceae or poppy, blooms April-June

Aquilegia canadensis (aka columbine), of the family Ranunculacea or crowfoot, blooms April-July

Polemonium reptans (aka Jacob's ladder), of the family Polemoniaceae or phlox, blooms April-June