We are in Newfoundland again, this time on the West coast, in Norris Point, where we were the first time we came here in 2016. It is just as beautiful now as it was then.

Coming in to Deer Lake on the plane, you can see the place is essentially a big rock with lots of water on it: 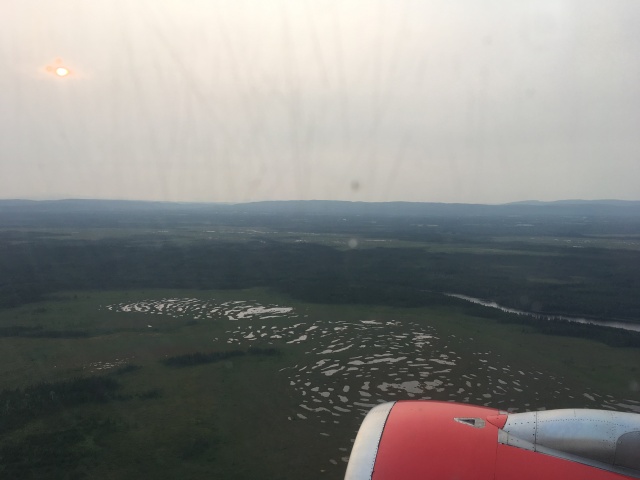 Neddie’s Harbor, where our cabin was 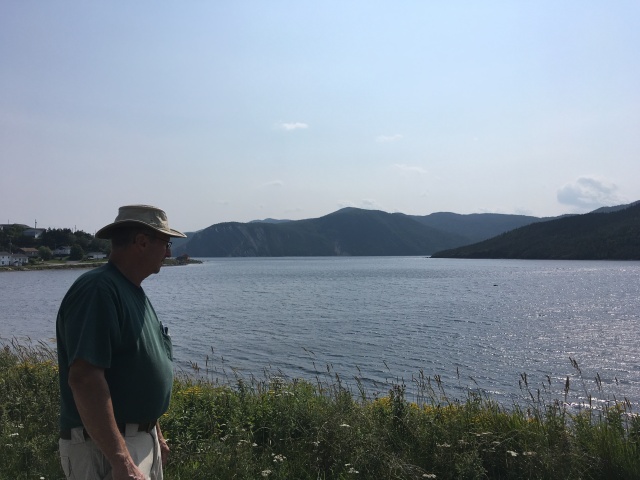 Graveyard in Norris Point. Anglican. There are Catholic graveyards as well. There were tensions between the Anglicans and Catholics early on in Newfoundland. 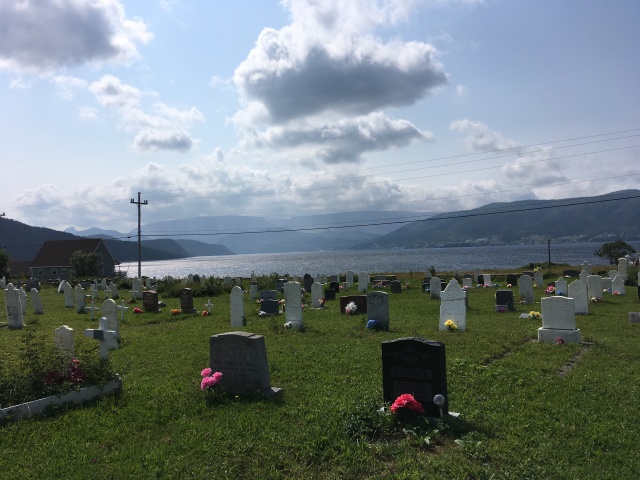 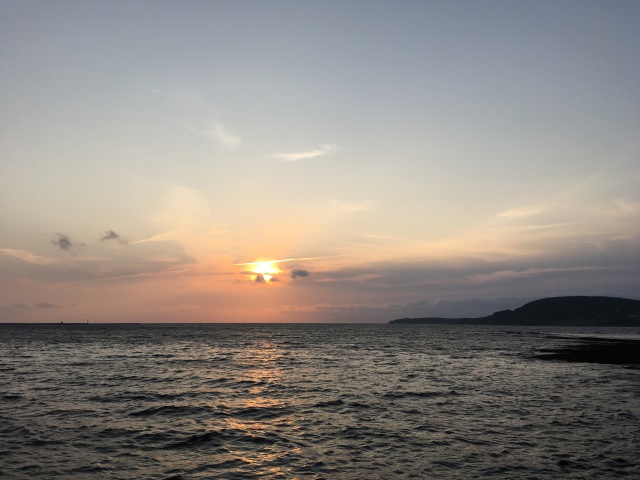 We drove up to Lloyd’s house, where Lloyd came out of his house and greeted Dennis with a whoop and holler, like a long-lost brother. Something about these two that fits.

Lloyd took us out on his boat Monday evening. Lloyd does a lot of fishing for cod and halibut, both of which have strict limits on numbers allowed to Newfoundland fishermen and residents. Because of some old treaty, the Quebecois are allowed a much more generous quota, the source of much grousing on the island. Lloyd’s been fishing and working oil rigs and other tough work his whole life. He was born here, as were his parents and their parents before them. He and all his sibs were born in a house up the hill where the midwife came to help women through labor. By the looks of it, the young people leave the island; not many people in their 20s and 30s around here. But some do come back. Some folks say they could never leave. 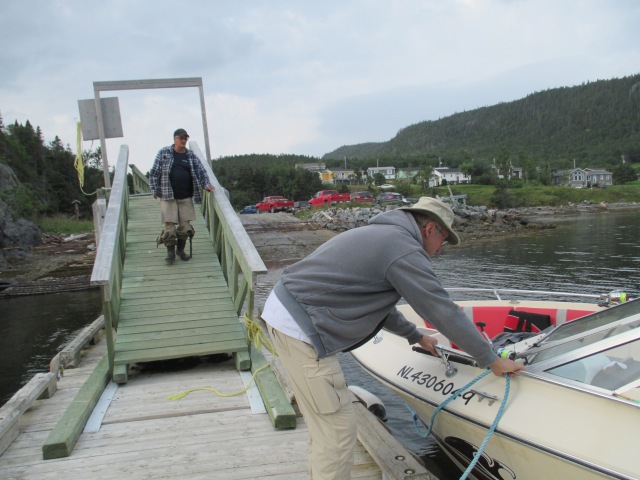 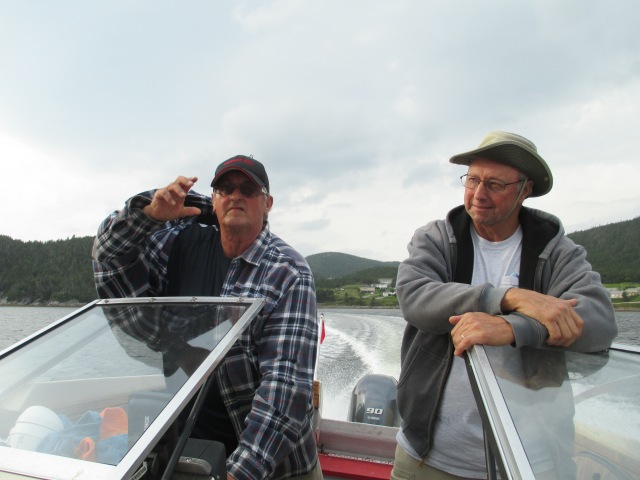 This cod would be dinner on Wednesday night. 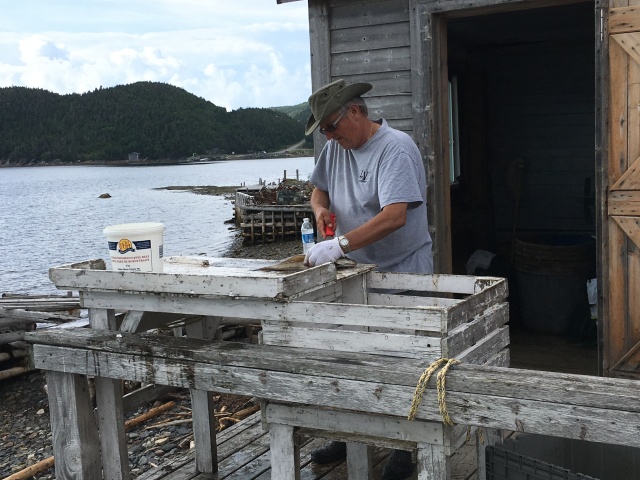 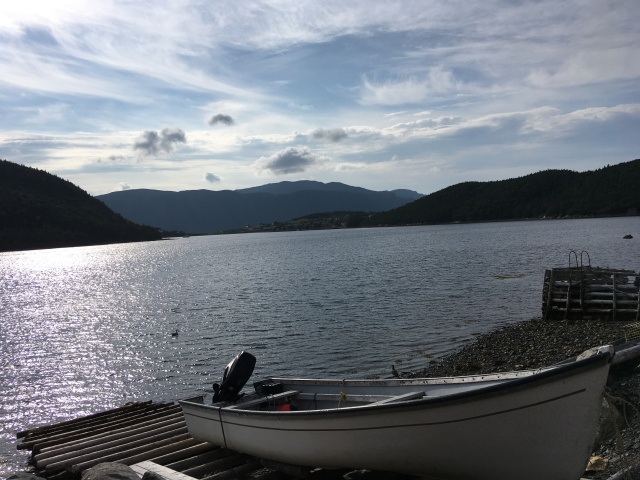 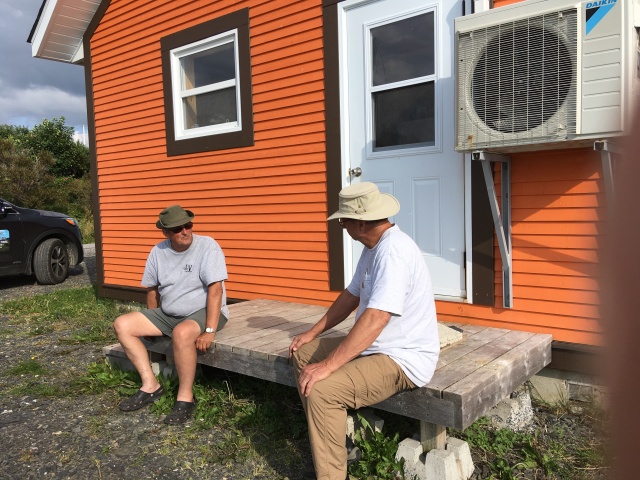 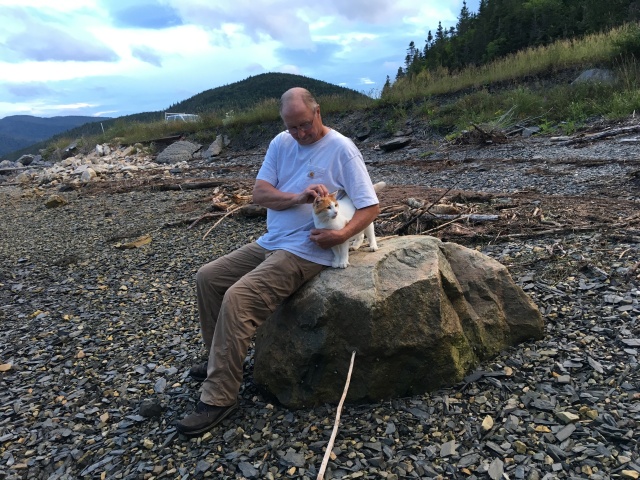 Today we went with Lloyd and Joyce to Deer Lake and Corner Brook to accompany Lloyd for a medical test and to pick up groceries.

Wednesday- Today my packing of long-sleeved shirts and sweaters was finally vindicated, as it was cold and rainy. It had been so warm and sunny that it was nearing time to find a laundromat to wash the few warm-weather clothes that I brought. Rain, Lobster Cove Lighthouse, Fished off wharf, walked Burnt Hill. Dinner at Lloyd and Joyce’s. 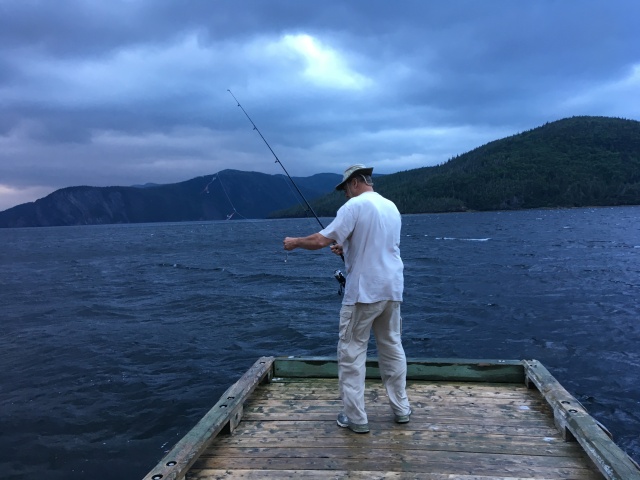 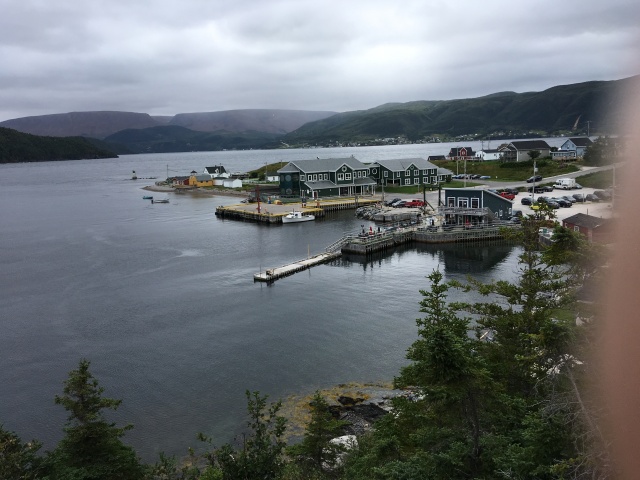 We stayed up late to watch the Cardinals win another game against the Pirates last night on my computer. Those boys!

Not quite 50 degrees here in Norris Point this morning. We got up early, as always, but this morning Dennis went down to the dock, which I can see from our cabin, to meet up with Lloyd and Gerald for some fishing. I watched from the window as they put the boat in and headed out, Lloyd in his orange rubber suit from oil rig days (he was a medic on the Ocean Ranger rig off Newfoundland that sank in 1982, was not on the rig the day it sank; everyone on board died), Dennis in his blue rain jacket, Gerald nondescript in jeans and jacket. Lloyd is hoping for a halibut.

Tonight will be our last here in Norris Point. Tomorrow we spend the night in Deer Lake before catching a 5 AM flight on Monday back to St. Louis via Toronto. This is a beautiful place to visit, but I can see why young folks leave. There isn’t much room to grow here. The old ways are baked into the folks who live here, even as the times change around them. And times are changing- tourism is becoming a dominant industry, replacing the fishing and logging that sustained the settlers and generations that followed. It is easy to romanticize a place like this from afar, but I imagine growing up here would be difficult, especially if one didn’t adhere to cultural norms.