Xylella fastidiosa got the pin oak 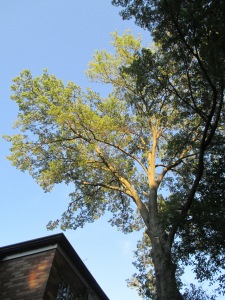 long before we moved in; shielded us from the hot morning sun in summer, provided a home and food for squirrels, a nesting and raising tree for a crow family; a stopping spot for great horned owls and host to many many other critters and birds. The tree was brought home by the son of the second family to own the house as a prize from school one day, a little slip of a tree that he planted at the rear of the driveway 77 years ago which eventually rendered the driveway impassable. Now it towers over the house and our neighbor’s and has been declining for several years, dying back and dropping limbs. So it is time to let it go. But we will miss it. I stopped to take some photos of it this

xylella fastidiousa in the xylem (the black circle)

morning but it was just dawning and still too dark. It is best left in memory anyway. (But this afternoon I did get some photos- it’s lower branches are already gone. The cuts reveal that it was infested with what we think is xylella fastidiosa, a bacteria that weakens the tree and eventually kills it).

And some photos from weekend before last- we went to Riverlands to see which birds were migrating through. There wasn’t much going on but we did see a trumpeter swan and several pelicans and, on our way home, saw about 100 pelicans flying upward in circles to gain altitude for migration. I do love this time of year, the smells and colors and transitions. 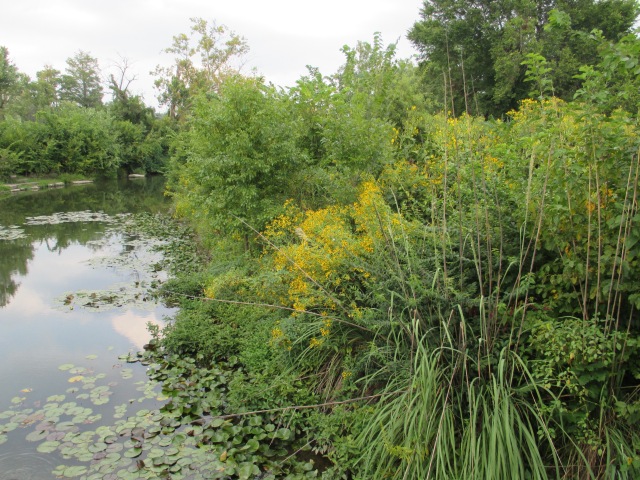 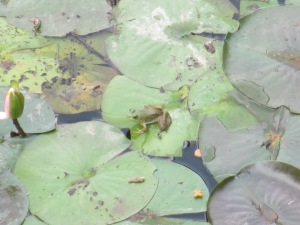 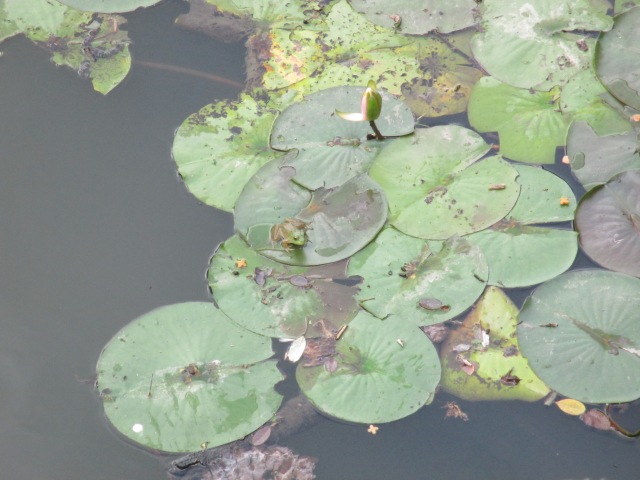 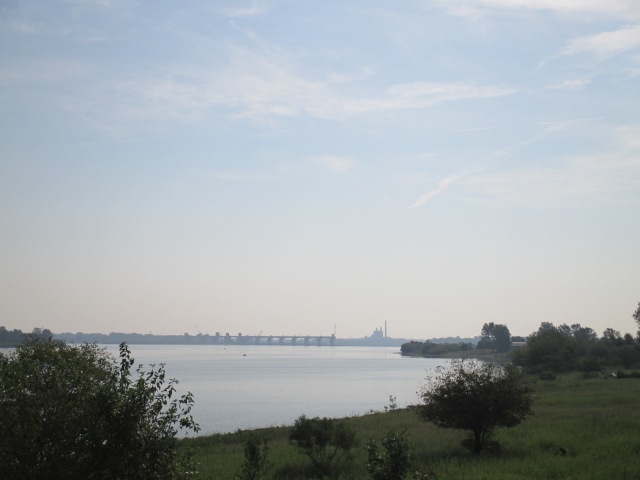