Full moon, the night before the official full moon day: 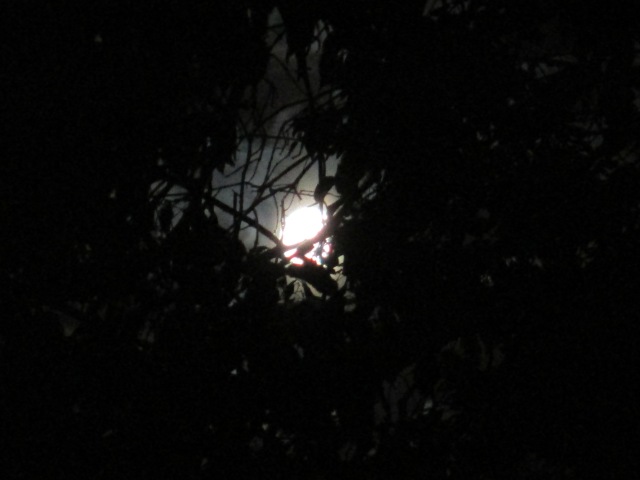 Last night Dennis brought home 2 three-toed box turtles, one female and one male, that someone where he works had taken off the side of the road in the country. The male had a slightly damaged carapace, likely from a close encounter with a car or bicycle, or maybe a dog who picked him up. They had spent 24 hours or so in a big box. We took them, after dark, to the park to let them go. The female went immediately into the stream we set them by (even though they are mostly land-dwellers), but the male stayed put. I went back to check on him this morning and he was still there, had only moved a bit up the bank towards the woods. Here he is. 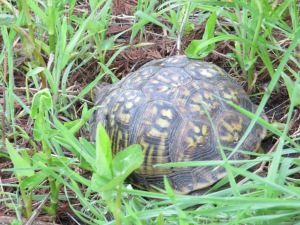 I hope he is alright, but if not at least he is outside instead of in a box. I’ll check on him later on my way home as well. The park is beautiful and quiet in the morning. I love it. Addendum: I couldn’t wait until after work, went to check and Turtle Brother has moved on! He gathered his strength and moved on. I trust he will be ok. 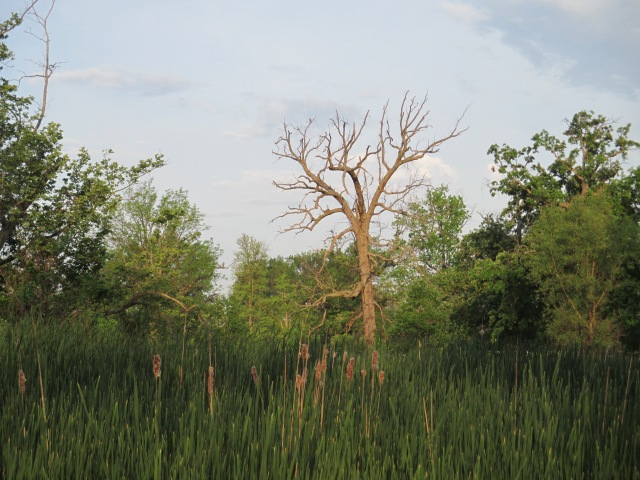 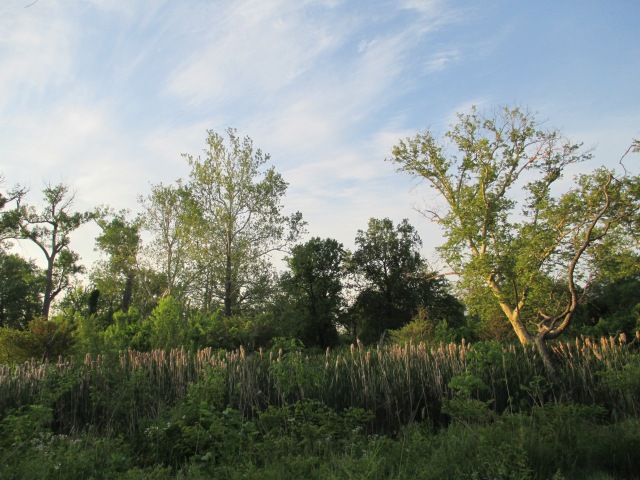 Last Saturday Dennis and I dug, cut, pulled, wrestled out about 240 square feet of euonymous ground cover that had taken over the back yard when we bought our house, then took the truck to the park, shoveled a cubic yard or two of leaf mold onto it, and spread it where the euonymous had been. We will figure out what to do with the new planting space over time. Our little rain garden is expanding, and the geranium and poppy around its edges delight me every time I look at them. In the summer the cardinal flower and rose turtlehead will attract butterflies and hummingbirds, and I saw just this morning a hummingbird drink from the bird bath. There is a wren who has set up housekeeping in our little wren house

This entry was posted in Forest Park, Moon. Bookmark the permalink.