On a midday walk just now it was hot, humid, the grass-cutters had cut down the cattails 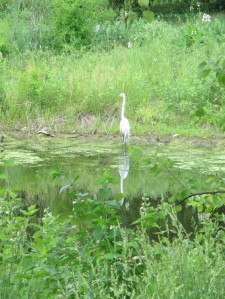 that were at the edge of Jefferson Lake, where the redwing blackbirds build their nests- I looked for signs of carnage but found none, maybe there wasn’t any. When will they hire grass-cutters who care about the natural world instead of just wanting to annihilate it? Also today I have a sense of impending doom for no particular reason, there are several things I could worry about but I’m not, and I feel ok personally, but still this sense that something is wrong in the world, something imminent. Probably all in my head, which is often wrong. Hope so anyway. And the fact that friends are sick and I wish they weren’t and not a damn thing to do about it but pray and lend a hand where I can.

On a lighter note I saw lots of aphids and some real ladybugs feeding on them, not the many-spotted Asian lady beetles that have become so common. And an American egret, a Snowy egret, heard a catbird fussing in the brush across the creek. Just-fledged robins being fed by their parents. The water was low and full of fungi and duck weed, I didn’t take a photo because I didn’t feel like documenting it. The purple martins were home in their house. The young, anyway, while the parents were out catching insects. Saw a female goldfinch eating something off the side of a tent caterpillar nest. And as I walked along the edge of the lake a male red-wing dive-bombed me, of course he did. I wish he could chase away the damn grass-cutters. 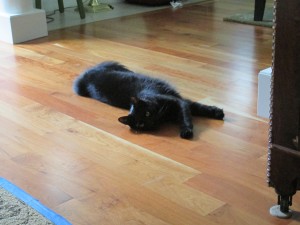 At home, Ishmael grows bigger by the day and continues to eat and pick at our new dining-room rug. I have given it to him. It was easier than trying to train him, the stubborn boy. I shall simply explain to guests that the rug belongs to Ishmael. Britches stays out most of the time now, coming in only for food and petting. She spends lots of time on the porch, dozing. Last week we went to see Henry V at Shakespeare in the Park and Dennis lost his new cell phone on the way to the toilets. I was certain it was gone for good and was making arrangements to cancel the account when I saw an usher in the aisle. Without thinking I told him my husband had lost his cell phone and he said- “Why yes! Someone turned one in, I’ll take you there.” And indeed they had. Oh me, oh ye of little faith. Human kindness and honesty still exist, despite what the headlines say. 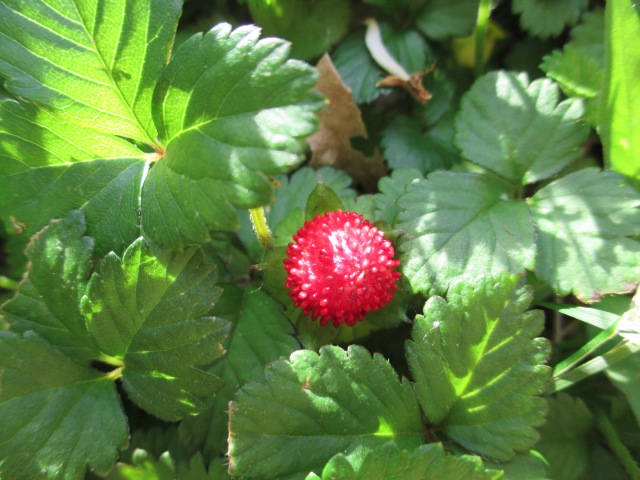 This entry was posted in Forest Park. Bookmark the permalink.