We went to the arboretum today.

We saw what we know as box elder bugs, because that’s the only place we’ve ever seen them, in various stages of molt on a milkweed plant. This beautiful red seed arrangement on a tall stem that looked to be some sort of euonymous but I must look it up. 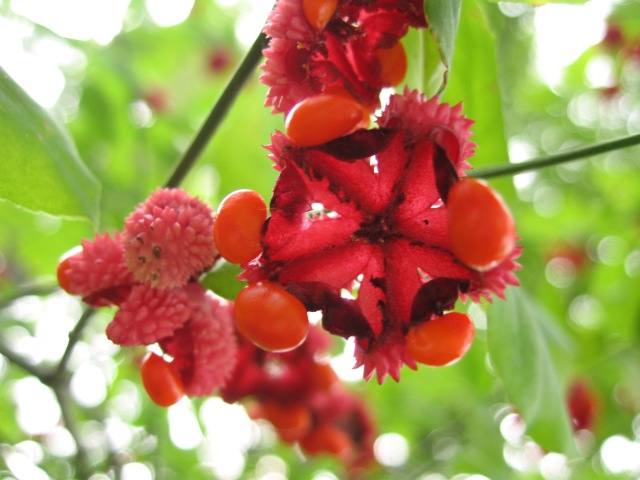 We saw that the squirrels and racoons had been dining with Mary Isabelle, judging by the hickory and mussel shells in her environs.

The prairies, as before, had many more flowers than they did up in the hot summer, goldfinches flying through. 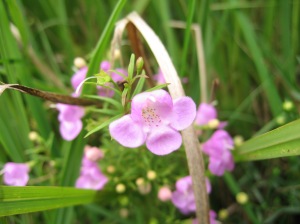 I heard a goldfinch at 4 AM the other day, before sunrise, which means they must be migrating now.

And I met this fetching turtle on a path through the prairie. I stopped well shy of him to watch him from afar, so as not to startle him. 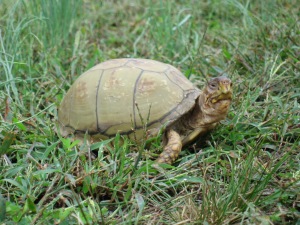 After a few minutes I moved closer, bit by bit, on my knees. He never moved, never startled, and i wondered if he might be injured or sick. But no, he let me come up right next to him and I could see that he was uninjured. He was simply unconcerned by our presence. I got a nice picture of him. I love his face. I thought about putting his photo on Facebook but thought better of it. I don’t want to subject him to the possible indignity that might bring. He can stay right here where it’s safe.

I will look up what kind of turtle he is later, because I do not know off the top of my head (I think he is a 3-toed box turtle). And here is a beehive in the hollow beneath a walnut tree.

The picture is blurry because I did not want to disturb them with the flash, but you can see all the bee activity down in there. They were very busy, busy as bees. The pond was very low on water, as were the streams.

The glade was still dry, and a redbud by the glade was blooming. This is what they do when they are dying, they try to bloom. I saw a crab apple tree in full bloom on a street in town last week. And some butterfly weeed on the prairie- 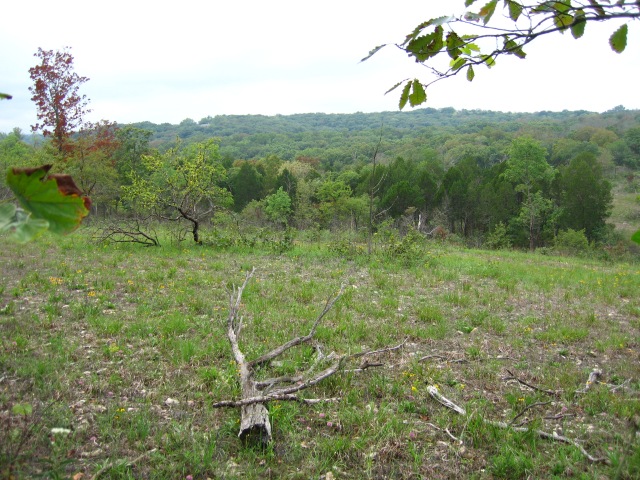 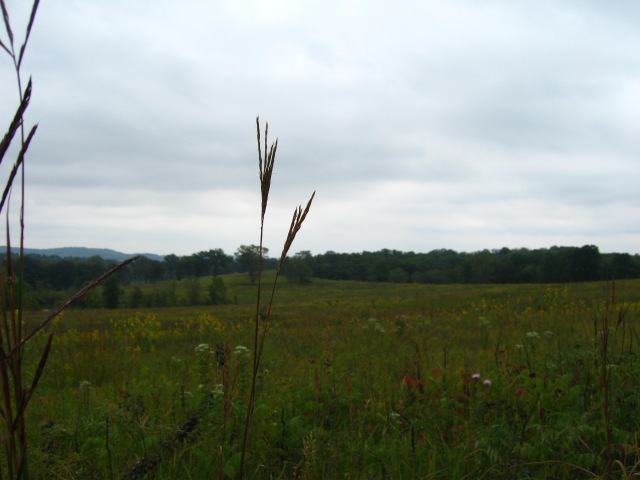 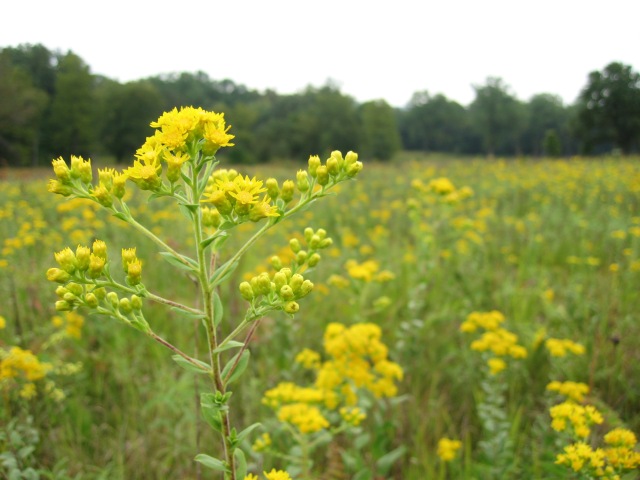