Yesterday we went by the place where we lived for 17 years and I saw that an old friend of mine had been nearly killed. The majestic old burr oak whose profile I admired often from an upstairs window, especially her spare outlines in winter- the contrast of dark limb with snow- had been hacked to within an inch of her life. That tree has to be 200 years old, at least, was there long before people and Quick Shops infested the neighborhood, and has been the most dignified member of the neighborhood since I lived there. Dennis says that the “owner” of the tree, nominally the person who owns the property graced with its presence, hired a company named Mr. McTree to do the work. I regard that sort of “work” as no less profane than killing elephants for their tusks. The climbers removed more than half the tree’s canopy, leaving limbs bare and unprotected from the sun and without enough leaf surface for photosynthesis to provide food over the next few years to sustain the tree’s mass, and they used spikes to climb it, leaving it vulnerable to fungi carried by beetles. The SOBs- I could kill them if I didn’t figure they’re just some dumb fools trying to make a living, doing whatever a homeowner wants instead of trying to preserve the forest. I can live with the adolescent boys who’ve thrown rocks at all the windows where we used to live, and broken some. Tree hackers I have a harder time with. They’re all a force of nature, I guess, as a Quaker friend once said of the thieves in Mexico who beat him so badly that he died. But a force I’d prefer to live without.

Anyway- was glad to get out to the arboretum today for a walk. It was a lovely cool morning, only 65 degrees when we left! One of the first things I saw was a tiny 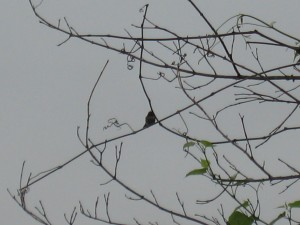 hummingbird, sitting still!, on a branch. He must’ve sat there for 3 full minutes. We also came upon a hen turkey when walking through the prairie- she had her eggs or her young in a nest near to the path and she started out of the tall grasses and startled us- whooooosh- and ran about pretending her wings were broken so we’d chase her and leave her young alone. Which we did, we went rapidly on our way so she could get back to tending her nest. And we saw a beautiful doe deer, very red on this cloudy day she looked as she ran across in front of us and into the woods.
I’ve inserted some descriptive text about a few of the flowers from my mother’s old book Southern Wildflowers and Trees (1901) by Alice Lounsberry and illustrated by Mrs. Ellis Rowan. 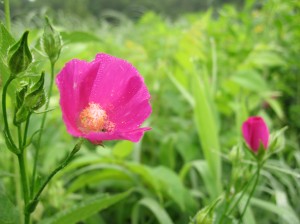 Wild petunia (Ruellia strepens) “When near by there grow also the starry campion, the fire pink with perhaps the first of the gold asters and a large army of spurges, the company is at once gay and brilliant, of pure and bright colours. Hardly have we had another flower with personality anything like the ruellia’s. As we travel northward it is one which we sadly miss from the flora.” 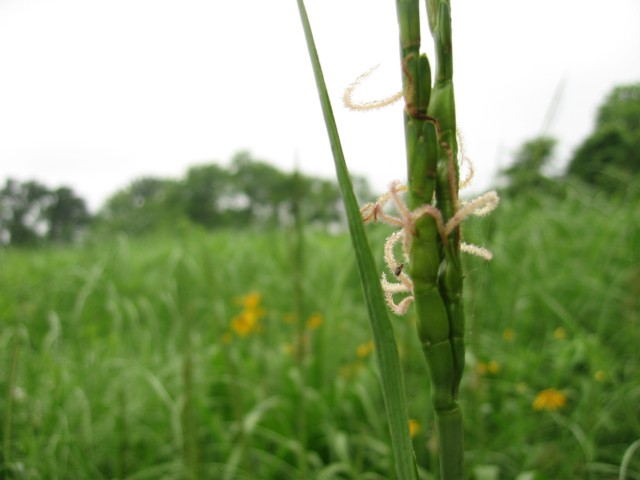 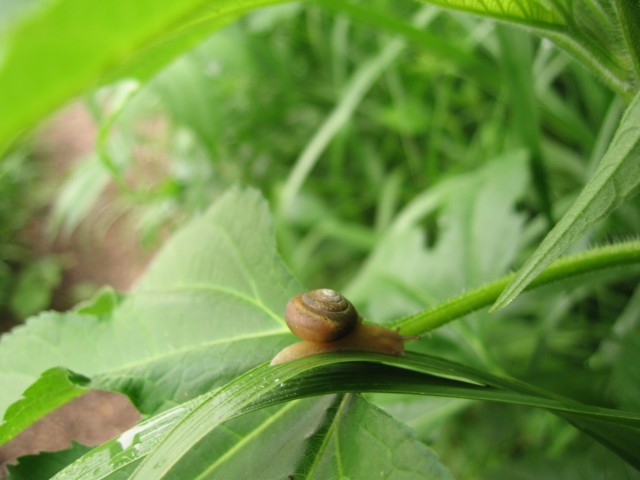 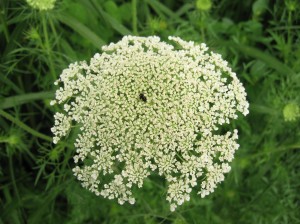 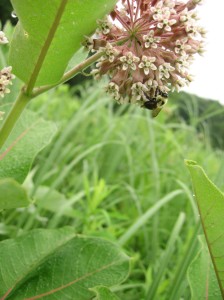 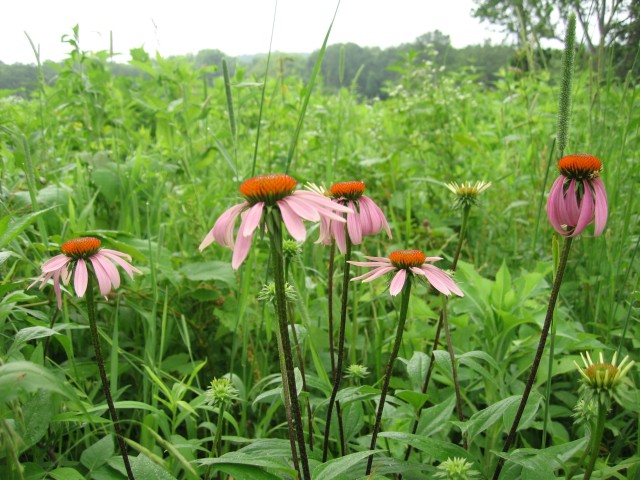 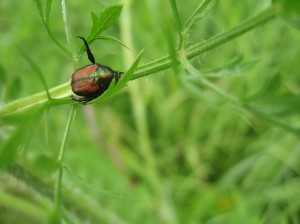 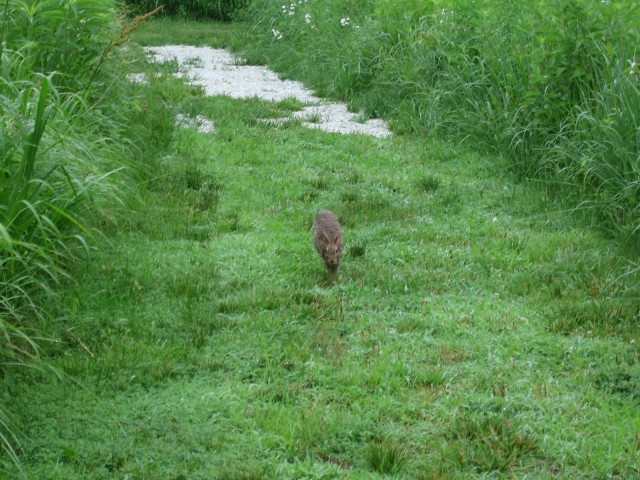 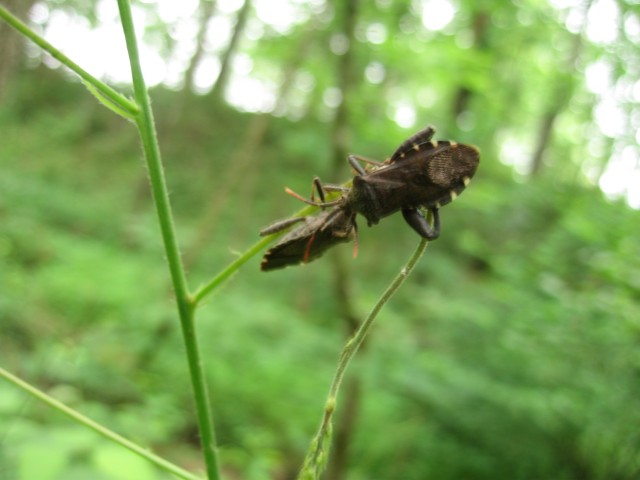 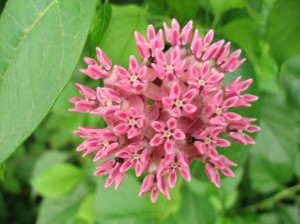 Of the milkweed family Alice Lounsberry says: “Happily for us good Providence has made these plants very abundant and of wide distribution over the country; for, although they are stigmatized as weeds, where shall we find a genus of more sturdy, vigorous personality, or often with more gorgeous heads of flowers? … Sentiment, which, it is said, casts the verdict, calls it a weed. May all such be as beautiful!” 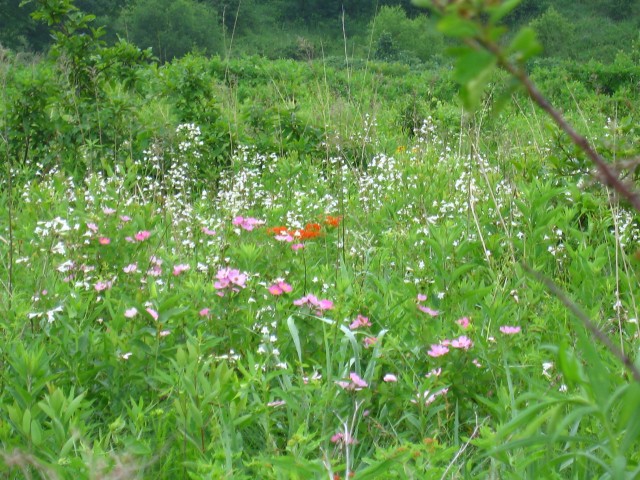 And of the butterfly weed (the orange clump), Ms. Lounsberry says “A. tuberosa, butterfly-weed, pleurisy, or orange-root are among the names used for this most gorgeous member in a more than usually beautiful genus. Its full, abundant heads of flowers continue to open from June to September, when, near and far, in thick rounded clumps, they illuminate the country like balls of orange-red flame….Unfortunately, through the south the plant is somewhat out of favour, for red-bugs, or chiggers, fairly infest it. Even urchins know this well enough to call out to the uninitiated: ‘Yer’ll git chiggers on yer, if yer don’t look out.'” 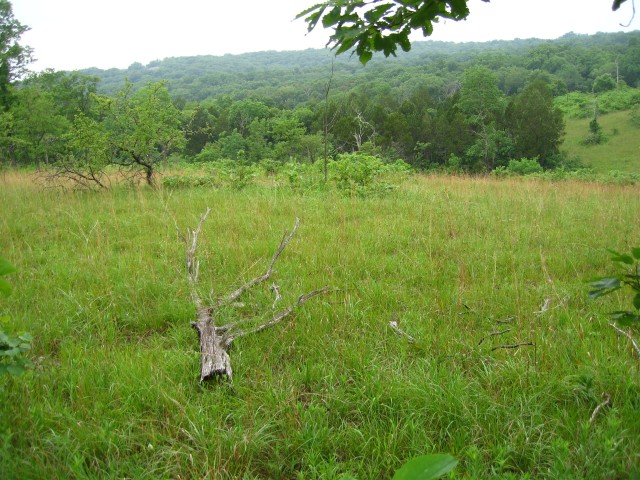 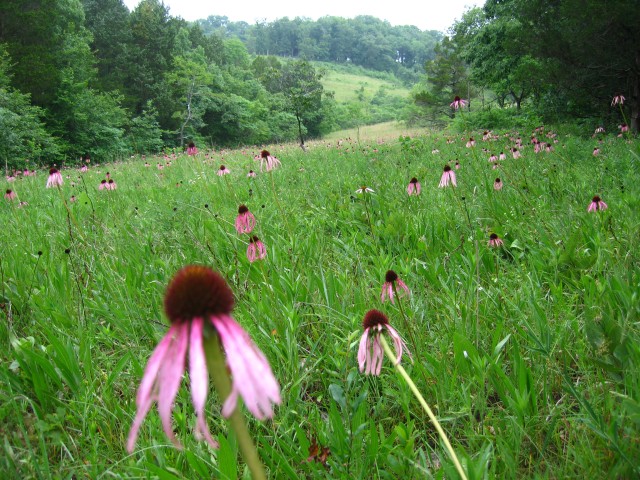 Coneflowers in the draw 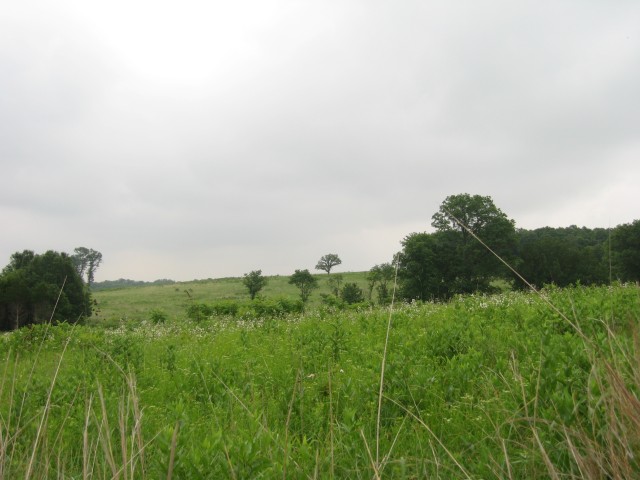 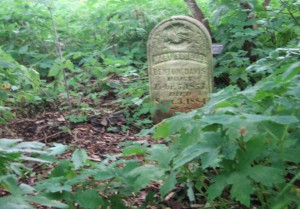 This entry was posted in Arboretum, Critters. Bookmark the permalink.